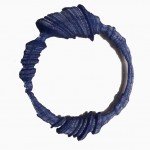 Although Seth Horowitz and I did not know Pauline well, once we met her and her partner Ione, we quickly grew to greatly respect them and the depth of their work.

Pauline Oliveros (1932-2016) is known for her lifetime spent as an electronic musician creating early improvisations in the 1950’s with Terry Riley, Loren Rush and then working with Ramon Sender and Morton Subotnick who found the San Francisco Tape Music Center. Later Pauline developed the Deep Listening Institute (now at Rensselaer Polytechnic Institute, NY) which is as much a philosophy as it is a creative practice. In addition to her creative vision her work creating a community of listeners was the force that has made her an icon. This group of people around the world includes not only well known composers but also students, friends, dancers and artists. It is this community of people who are now her voice that will continue her deep listening practice.

We were contacted with a the request of a composition of 85 seconds long to present to Pauline on her 85th birthday which would have been on May 30th of this year. Yet in November of 2016 we heard that the works collected would become a memorial event instead. The event has become a concert, an exhibition and a conference which will run from June 1-3rd at McGill University. In addition a website titled “Still Listening” Pauline Oliveros” has been created to present the scores, the works and the composers in the series of events. Credit for this overwhelming task goes to the organizers Eric Lewis and Ellen Waterman as well as the curators Katherine Horgan, Dancy Mason, and Landon Morrison who have not only organized and curated the event but also commissioned Director Amy Horvey to direct the concert.

Our contribution Theta for Pauline is a work that is based on the theta brain wave which appears during meditative, hypnotic or sleeping states and is one of the five brain waves produced by the brain. When looking at brain waves we are looking at the brain’s activity and seeing one of nature’s most complex patterns. Theta for Pauline is an ode to an enormously compassionate woman who touched many lives and through her meditation on sound brought us to a new understanding of it.

Our score is a 3D printed ring based on the theta brain waves. The circle layout indicates the continuous nature of Pauline’s Deep Listening impact that has span generations and continues to grow. We mourn her death but will continue her vision.